By Samara on March 3, 2021
When we began filming the daily movements of our cheetahs during the height of lockdown, little did we realise we were about to witness behaviour that had never before been captured on film, questioning long-held beliefs about cheetahs' social structure.

The Samara Team observed and filmed two female cheetahs, both with cubs, exhibiting what is known in scientific parlance as “allo-mothering” – when young are cared for by individuals other than their biological mother. This phenomenon is commonly seen in elephant herds, lion prides and among several bird species, but until now had only been hinted at in cheetahs. While male cheetahs may form coalitions of up to six individuals, female cheetahs are considered to be solitary, except when accompanied by their own cubs.

Two female cheetahs known as Chilli and Inara, who are mother and daughter, were recorded meeting one winter’s day last year. Chilli was 8 years old and Inara 3 years old at the time. Each was accompanied by her own litter of young cubs born one month apart. Following an initial uncertainty, the mothers settled and the cubs played together. When they eventually moved off in opposite directions, two of Chilli’s cubs, aged 3 months old, departed with Inara and her four youngsters aged 4 months old, instead of their own mother. Over the course of a few days, the team witnessed these two cubs suckling from and being groomed by Inara. 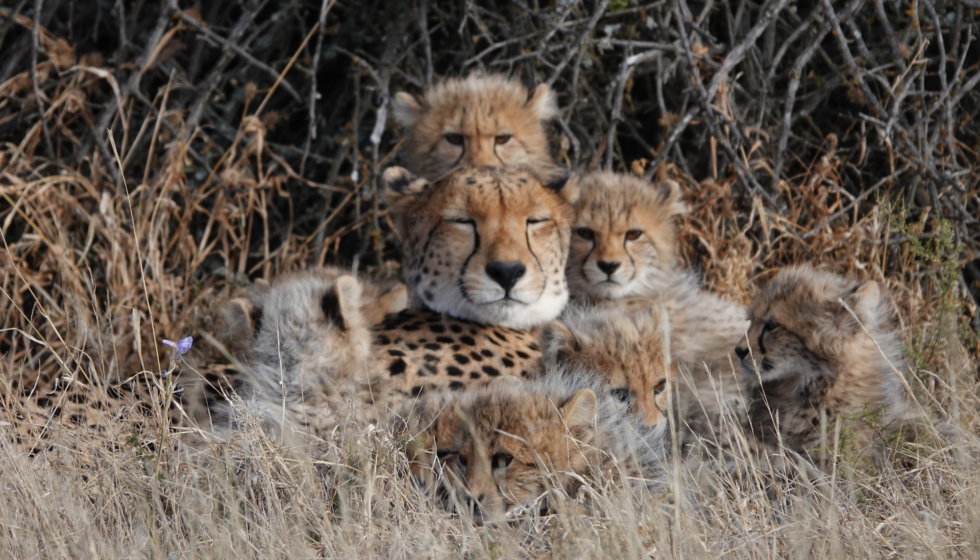 The mothers met up again a short while later, and were once more recorded swapping cubs (both ways) and suckling cubs other than their own. There were also hints of cooperative hunting between the adult females. The mothers continued to interchange their litters for some time, until one day Chilli moved into new territory, taking the full complement of cubs with her. Inara was left alone, and eventually fell pregnant again, giving birth to another litter of two cubs in September of last year. She has subsequently raised these cubs by herself. 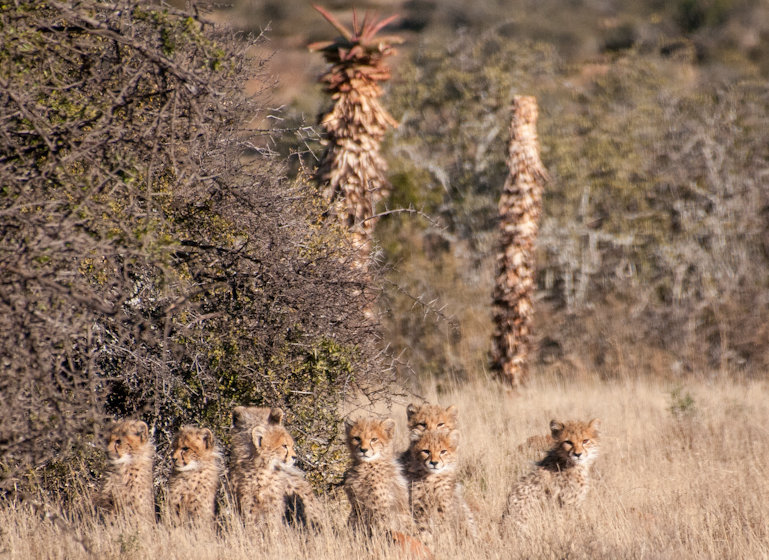 Vincent van der Merwe, manager of the Endangered Wildlife Trust’s Cheetah Metapopulation Project in Southern Africa, confirms that Samara’s cheetah allo-mothering phenomenon is a first for the metapopulation. “We have recorded some remarkable interactions between cheetahs in the metapopulation. These range from extremely aggressive, with 8% of cheetah mortality being due to other cheetahs, to amicable encounters between female cheetahs and their adult offspring. The observation of allo-mothering on Samara demonstrates that cheetahs are more social animals than traditionally thought.”

Samara is well-known for its cheetah conservation efforts, having reintroduced the first wild cheetah in 125 years into the Great Karoo in 2003. This cheetah, known as Sibella, had been born wild in the North-West province and narrowly escaped death at the hands of hunters. After being rescued by the De Wildt Cheetah and Wildlife Trust, she was relocated to Samara, making history in the process. Here she thrived, raising 19 cubs to adulthood. Today, one third of cheetahs in the metapopulation can trace their heritage to Sibella, making her one of the most prolific female cheetahs in sub-Saharan Africa. It seems especially fitting then that the cheetahs involved in this latest discovery are Sibella’s direct descendants, specifically her daughter Chilli and grand-daughter Inara.

The scientific implications of this developing story are being studied by Professor Graham Kerley at Nelson Mandela University. Says Kerley, “We clearly know less than we thought about the mothering behaviours of cheetah, and this observation raises a range of questions as to why these cheetah females are taking care of cubs other than their own. This could be a special case that reflects the relatedness of the two mothers, who are essentially “aunts” to each other’s cubs. Or is this just a case of confused cubs and mothers? The Samara scientific support team will be unpacking and exploring these ideas in a scientific paper that will represent a further contribution by Samara to conservation science.” 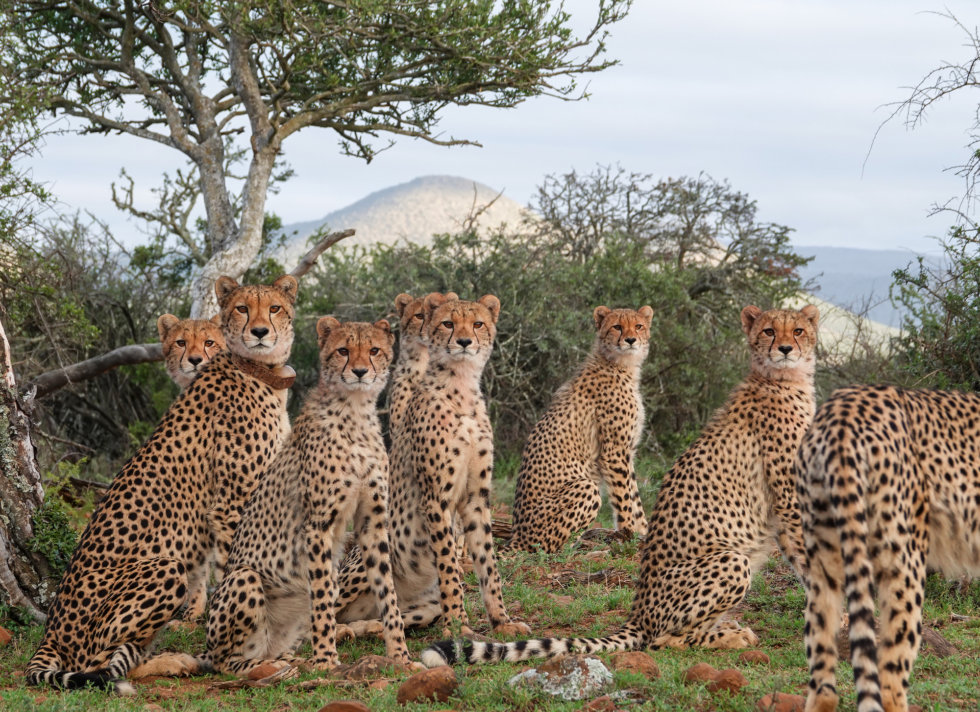 Today, Chilli remains in charge of all the cubs from the original litters, who are now just under 1 year old. This in itself represents an interesting dynamic, with one adult female shouldering the extraordinary responsibility of hunting and providing for 8 growing youngsters – double the typical litter size. Cheetah cubs generally become independent around 18 months of age once they are able to hunt, but in these unusual circumstances, might they break away into smaller groups sooner, and what will the implications be for their survival?

"These and other questions have transformed a situation that began as an extraordinary wildlife sighting into a fascinating opportunity to learn more about cheetah ecology and behaviour, growing Samara’s contribution as a living laboratory for the advancement of scientific knowledge."

Chilli will have a lot of work looking after 8 Cubs, with lions on the property. I’m sure there’s lots of food but she will need to kill most days. Do you have hyenas?

wpDiscuz
2
0
Comments or questions? Click here to join the conversation.x