A tribute to Sibella

This is the story of a wild cheetah who defied the odds to become a global ambassadress for cheetah conservation.

Sibella was born a wild cheetah in South Africa’s North West province, one of several hundred in the country that roam outside of protected areas. Her mother successfully raised her to independence, and she survived by dodging the farmers on whose land she roamed. But one day, her luck ran out. 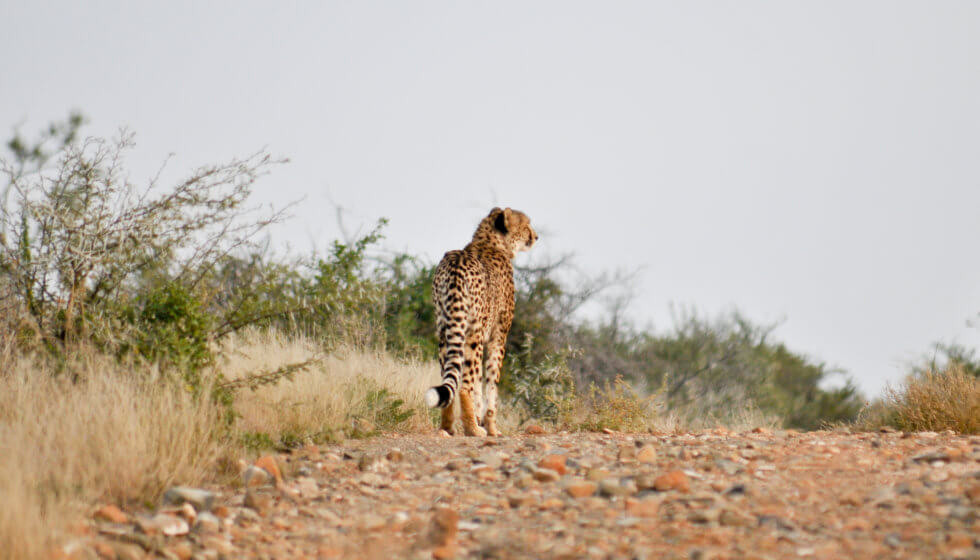 Suspected of killing livestock and widely regarded as vermin, cheetah were persona non grata on these farms. Tracked down by a farmer with hunting dogs, Sibella was ambushed and attacked. The dogs ripped the flesh off her bones. The men thrust a rope in her mouth, gagging her and tearing the flesh on the side of her mouth. She was thrown in a cage and left for dead.

Her life was only spared because the farmer’s wife wanted a new kitchen. At the time, an NGO called the De Wildt Cheetah & Wildlife Trust was handing out cash incentives to those who handed in cheetahs rather than killing them.

Lying at death’s door, fear and mistrust haunting her eyes, she was rescued by De Wildt. She spent 5 hours on the operating table as the team scrambled to save her life. Finally she was discharged into a recuperation crate. Months of rehabilitation ensued to help her to walk and hunt again. Witnessing her miraculous recovery and fighting spirit, it soon became clear that she would not settle for a life in captivity.

Sibella was destined
to return to the wild.

Samara Private Game Reserve, in the semi-arid Great Karoo, was to be her new home. Located in an area where cheetahs once thrived but had long been exterminated by farmers and hunters, this born-again wilderness represents the amalgamation of 11 former livestock farms, rewilded to their former glory. Having restored vegetation and indigenous herbivores, the next step in Samara’s conservation journey was the reintroduction of predators.

Sibella was translocated to Samara in December 2003, flown in by the Bateleurs, an NGO of volunteer pilots offering free aerial missions for conservation. With her were two male cheetahs, also rescued from conflict with farmers, this time in Limpopo. The three cheetahs were placed in adjacent holding enclosures known as bomas to enable them to acclimatise to their new environment and to each other.

On 24 April 2004, Sibella was released onto the reserve, regaining her freedom and making history in the process.

The first cheetah back in the
Great Karoo in 125 years. 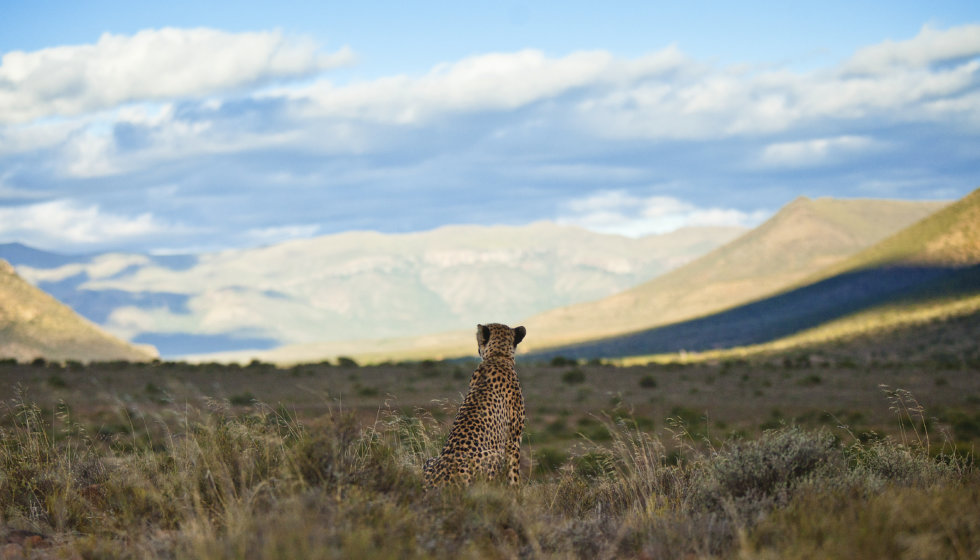 From the moment of her release, all those involved in her rehabilitation waited anxiously to see whether she would be able to fend for herself, given her injuries and the trauma she had suffered at the hands of man.

But we needn’t have worried. Within days she had made her first kill, a steenbok, and she went on to become a capable hunter despite the occasional twinge from her previous injuries. The coalition of male cheetahs were released a few weeks later, once Sibella had established a territory. This delay was designed to ensure that she had the best chance of survival. And survive she did. In fact, she thrived.

Several months after her release, Sibella gave birth to her first litter of cubs.

Instinctively an exemplary mother, Sibella gave birth to her first 5 cubs on a steep mountain slope to avoid potential predators. When they were old enough to eat meat, she would allow them their fill before eating herself. Perhaps most extraordinary, however, was the unspoken bond she shared with the human beings in her new home. With the birth of each new litter, when the cubs were old enough to leave their den, this wild cat dutifully presented to her human guardians her latest bundles of fur, calling her cubs to her at she sat proudly in full view.

Sibella went on to have 3 more litters: six cubs, then seven cubs, then two cubs. Remarkably, she raised all but one (the runt in the litter of seven) to adulthood – an astonishing feat for a mother cheetah. Through her various litters, she contributed 2.4% to the South African wild cheetah population, and is widely regarded in conservation circles as a legend amongst cheetahs.

Amazingly, as she got older and less able to hunt for herself, her grown-up cubs from her last litter, a male and female, hunted and provided her with food – a never-before-seen behaviour in cheetah. This female cub, Chilli, now grown-up and with cubs of her own, still lives at Samara. Born in 2012, she is in the prime of her life and embodies Sibella’s spirit in more ways than one.

Sibella’s story, from tortured to treasured, captivated visitors from around the world. Guests flocked to Samara to see her in the wild, and she featured in dozens of newspapers, magazines and television shows around the world, most notably The Miracle Cheetah, broadcast by NatGeoWILD.

Sibella died on 11 September 2015 at the age of 14 – an advanced age for a wild cheetah. She sustained injuries caused by a small antelope during a hunt, and did not survive the night. At the time of her death, she was mother to 9, grandmother to 10 and great-grandmother to 18 cheetah still alive across the country.

Although she is no longer, Sibella’s legacy and memory live on, both in the hearts of those lucky enough to have met her, and in the 25 populations across Southern Africa where her genes still persist. An outstanding feat for a single cheetah. And a stark reminder of the fragility of the species. 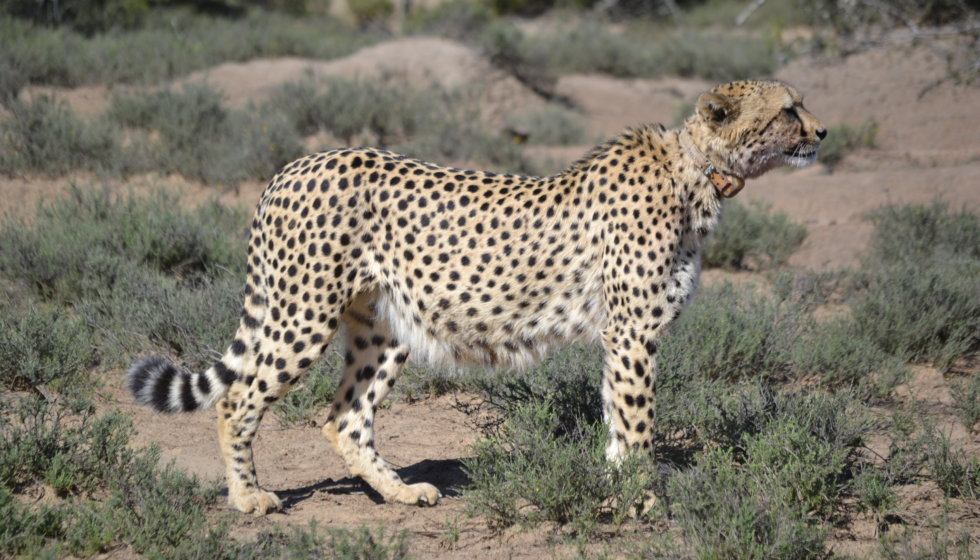 Sibella's story, from tortured to treasured, embodies the change of mindset needed to protect our planet's biodiversity.