By Samara on August 19, 2020
Visitors flock to Africa to catch a glimpse of lion, leopard and cheetah, but few even consider a spotted predator that is statistically the most ferocious of all - the black-footed cat.

Why the fearsome reputation? Although petite in stature (standing just 20-25 cm tall, and up to 70 cm long – tail included), this speckled feline is a remarkable predator. Research shows that the average black-footed cat (also known as small-spotted cat) has an astounding 60% predation success rate. In comparison, lions succeed in catching prey only around 25% of the time.

Their food of choice includes rodents, small birds and even hares. Believe it or not, they can kill 10 to 14 in just one evening’s work! They hunt at night or at dawn and dusk, making use of their excellent hearing and sense of smell. The reason for the almost constant hunting is their accelerated metabolism, which means that they need to consume around 20% of their body weight every night. For a cat that weighs between 1kg (females) and 2.4kg (males), that may not seem like a lot, but it keeps black-footed cats actively hunting for 70% of their waking hours. 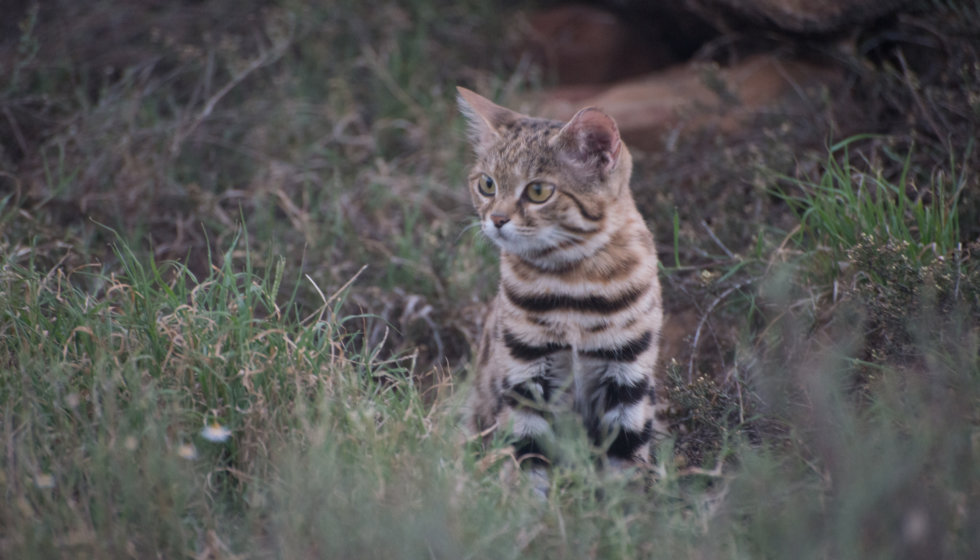 During the day, this fierce little cat rests in burrows dug by other animals like aardvark or in hollow termite mounds. Black-footed cats occur naturally in Botswana, Namibia and South Africa, with a stronghold in the semi-arid Karoo region where Samara Private Game Reserve sits. They tend to frequent open grassland and scrubland. We have spotted them on several occasions at Samara, along the Blue Crane Route and Jacketplum Drive (ask your guide to show you on your next trip!).

As with many of nature’s wild and wonderful creatures, this species is under threat. According to a 2016 assessment by the IUCN Red List, the black-footed cat is currently listed as Vulnerable. Its total population is estimated to be fewer than 10,000 mature adults (and decreasing), and the lack of data on this naturally secretive animal makes it difficult to implement effective conservation measures. 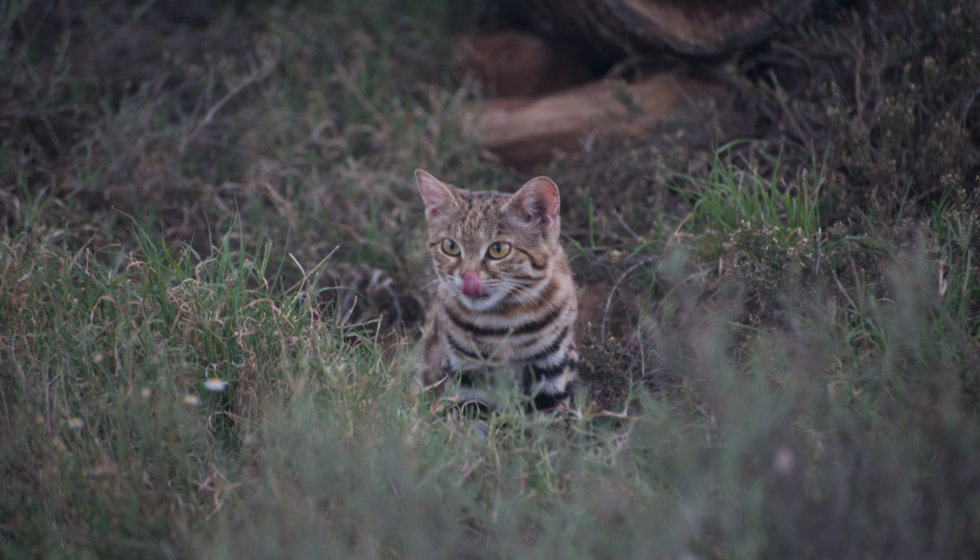 In an attempt to remedy science’s poor understanding of the black-footed cat, several research initiatives have recently been launched. One of these is located in the Mountain Zebra Camdeboo Protected Environment, a mixed-use conservation landscape located between the Camdeboo and Mountain Zebra National Parks, which includes Samara. Over the coming months, Samara will assist with the gathering of information for this project working with the lead PhD candidate on the study, Maryke Stern.

Useful conservation management information has already been gleaned. Black-footed cats rely on all manner of rodents as prey and utilise springhare and scrub hare burrows for shelter and denning. It is thought that stringent rodent management practices and grazing pressure by livestock may well affect black-footed cat success. Black-footed cats are also sensitive to interference competition and predation by meso-carnivores such as black-backed jackal and caracal, meaning that predator management in the landscape is likely to have a major impact on the species.

This type of knowledge and information will arguably be critical to protecting the black-footed cat, and Samara looks forward to playing a role in furthering our collective understanding of this remarkable African predator.

Samara Private Game Reserve is a luxury 5-star destination with a passionate conservation mission set within breathtaking wilderness. Click here to start planning your journey with us today.