By Samara on April 13, 2018
Samara's founder elephant herd, the N family, was introduced at the end of 2017. Since then we have got to know each character a little better. Read on for an introduction to Samara's elephants.

Research convention dictates that elephants from the same family group being studied or monitored be given names starting with the same letter. In Samara’s case, the letter N has been chosen for the founder herd to designate their study name. Each elephant has also been given an everyday name, as a tribute to those generous donors that helped fund the translocation.

When another herd is introduced, this second family group will be given names starting with a different letter. This allows researchers and monitors to easily differentiate between individuals and between groups. 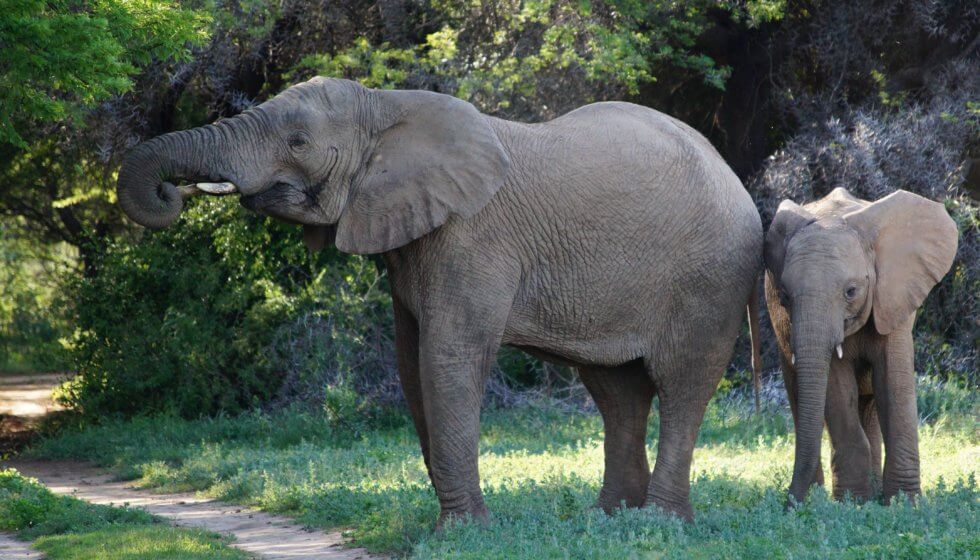 Nombeko means Respect, an appropriate name for an elephant matriarch. Matriarchs form the core of elephant society – they are the leaders of elephant families. Usually the oldest, most experienced female in a group, matriarchs will decide where and when to forage for food, which other elephants to interact with, and how to deal with threatening events.

Aged between 25 and 30 years old, Nombeko has a calm demeanour. She has managed the relocation to Samara very well, cautiously leading her family in exploring the reserve and locating the best food sources. She has two females calves, Nocwaka and Nobomi. Her cousin, Nomvula, is the second oldest female, and her own two calves make up the remainder of the family.

Nomvula, the 2nd in command 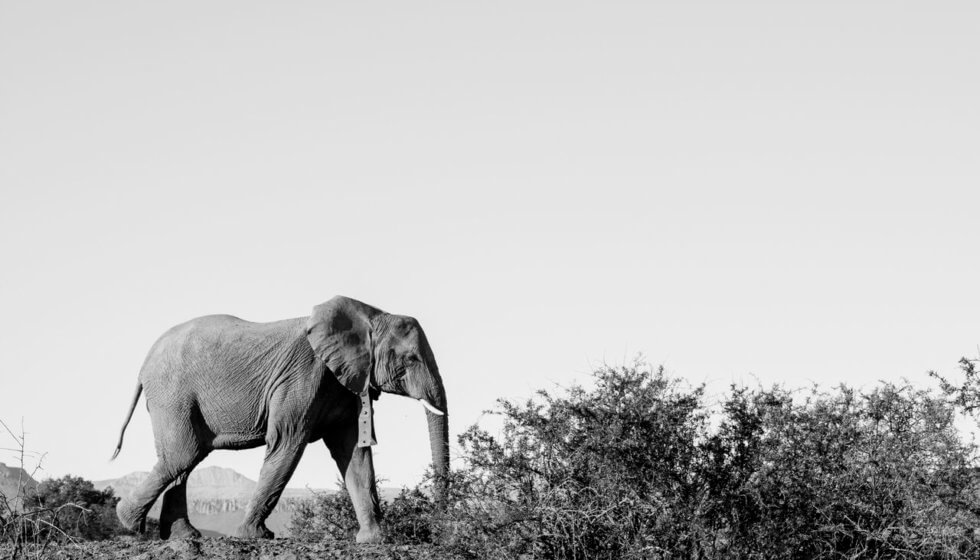 Nomvula means Rain. Named by Ida Hansen, the elephant monitor sponsored by the NGO Elephants Rhinos People, her name comes from the fact that she enjoys splashing about in the waterholes that have filled up after the good summer rains.

Nomvula is easy to identify as she has two C-cuts on her right ear, however perhaps the most obvious identification is the collar that she wears around her neck. This allows the Samara team to track the herd, either via a satellite or with radio telemetry. The purpose of this is to monitor the herd’s movements – as we’ll see in a later blog, they have been exploring all over the reserve!

This female’s calves are called Noluvo and Nolitha. They were both born at the herd’s previous home in the Eastern Cape.

The matriarch’s oldest daughter is called Nocwaka, meaning Quietness. She is about 10-12 years old and was born in the Eastern Cape. She is identifiable by a small C-Cut halfway up her right ear.  A bit shy, she has a calm and quiet temperament – quite different to Noluvo below!

Noluvo is the feistiest of the family. Also about 10-12 years old, she was the first elephant to stand out from the rest. She can be a bit temperamental and she is not keen on white vehicles approaching her or her family. Noluvo in Xhosa means Opinion, which is apt for her behaviour – she certainly lets her opinion be known! Her mother is Nomvula.

Nobomi is one of the youngest elephants in the N family. She went through a difficult moment during the translocation as the sedative began to wear off too quickly, so she began moving her trunk around and obstructing her own breathing. Luckily the vet was on hand to top up the sedative, and she lived to tell the tale. Because of this, she has been named Nobomi – Life in Xhosa.

She is the youngest daughter of the matriarch at approximately 6-8 years of age. She spends a lot of time with her older sister Nocwaka.

Nolitha means Beam of light in Xhosa. She has been given this name because of her playful nature. She is alert, curious and inquisitive about anything she encounters, from tortoises to monkeys. She does not stray too far away from her mother Nomvula or her sister Noluvo. As she is only about 6-8 years old, she is still considered a juvenile.

Samara Private Game Reserve introduced the first elephants back into the Plains of Camdeboo in over 150 years. This historic translocation was part-funded by Elephants Rhinos People, an NGO dedicated to finding long-term solutions for elephant and rhino conservation.