Identifying members of the Hyaenidae family

By Samara on May 27, 2020
We recently asked our followers on social media to help us to identify this rarely-seen and rather misunderstood creature (see photos below). It had been spotted by Julius Mkhize on Rooiplaat, one of the mountain plateaux that contains a mosaic of grasslands and small shrubs.

We received many responses, not all of which were correct, reflecting not only the difficulty of identifying animals in fleeting sightings (which often happens with shy or nocturnal creatures) but also the confusion surrounding the various members of the Hyaenidae family. So we decided to do a little explainer on this species and the various others that were proposed by our followers.

First up, we can reveal that the correct answer was an aardwolf. The photo below shows a clearer example of this species. Although aardwolves form part of the hyaena family (Hyaenidae) they are not as well-known as their larger cousins. They do not exhibit the same carnivorous characteristics of the three hyaena species, instead preferring to feast mostly on termites.

Aardwolf means ‘Earth wolf’ in Afrikaans, a reference to the animal’s rather dog-like features and habit of digging up the ground and termite mounds looking for food.

In the images above, the easiest way to identify that this was in fact an aardwolf was to analyse the vegetation it was photographed in (often an indication of an animal’s habitat and prey preference) as well as its appearance (sporting a rather unusual stripy coat). 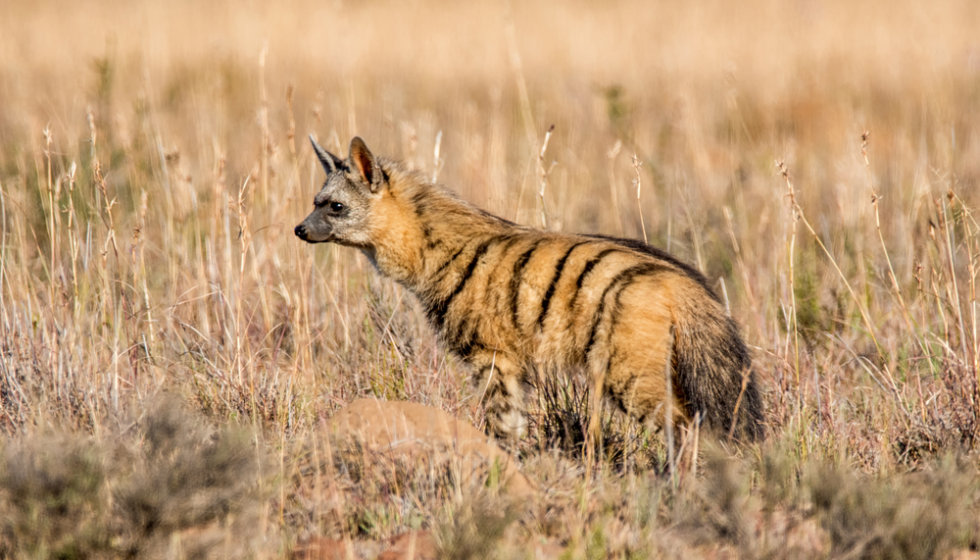 It is this appearance which rules it out from being a brown hyaena, the second member of the Hyaenidae family. Aardwolves have fawn colouring with dark stripes, whereas brown hyaenas (as shown in the photo below) are larger and shaggier, with a dark brown mane and a ruff of lighter hair around the neck. Brown hyaenas are primarily scavengers but will also include wild fruits, birds’ eggs, insects and small vertebrates in their diet.

There have been sightings of brown hyaena in the area surrounding Samara, including in the Camdeboo National Park surrounding the town of Graaff-Reinet, but we have yet to see one on the reserve itself. 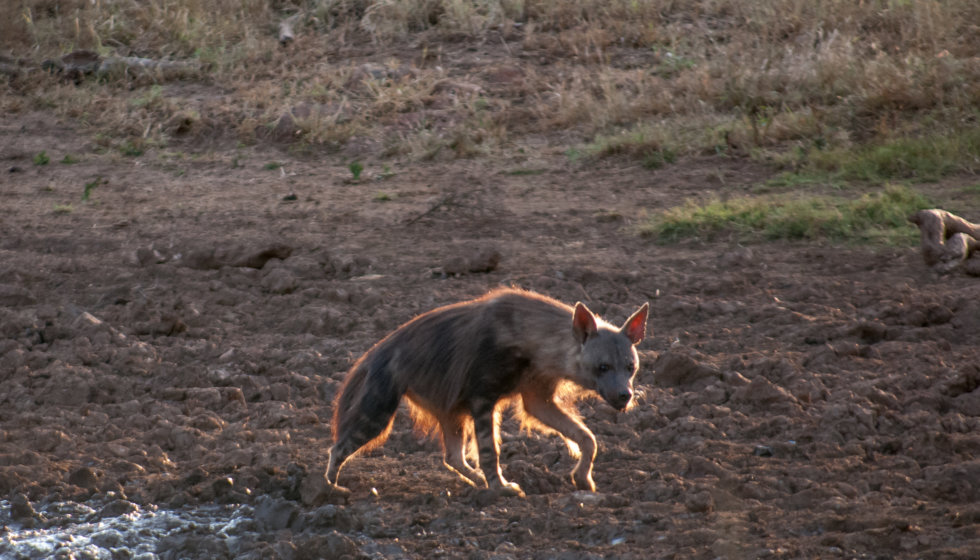 Known geographic range is also a useful method for identifying animal (or bird) species in a given location, as it allows one to use the process of elimination to exclude species that do not occur in the region.

For instance, the aardwolf could have quite easily been misidentified as a striped hyena, the third member of the Hyaenidae family, as their colouring is similar (see photograph below). However the striped hyena’s natural range is in Northern Africa, parts of East Africa and all the way into Iran, so it is highly unlikely that it would be found in the wild in southern Africa, which is where Samara sits. 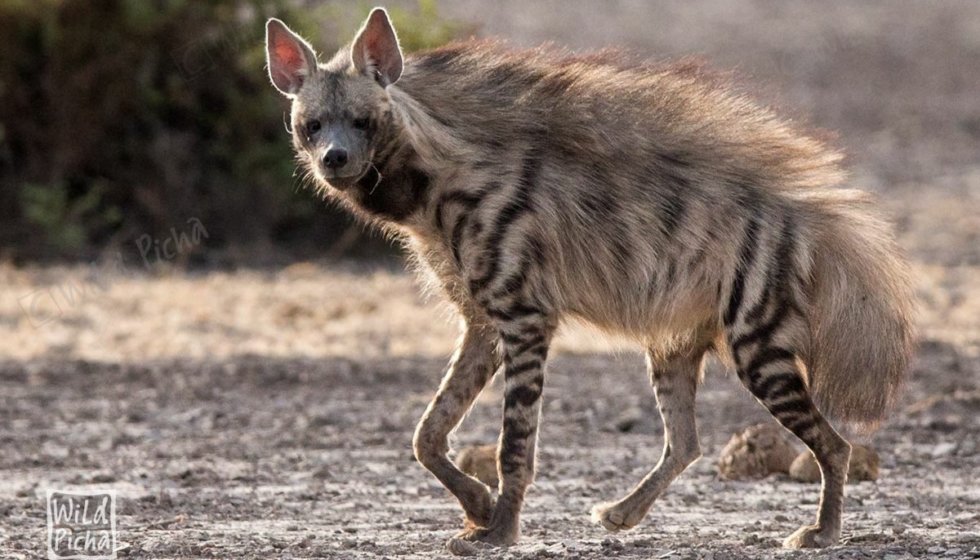 That being said, the geographic range argument does not always hold true, as it is sometimes difficult to tell where wildlife species might have existed prior to eradication by humans. A prime example of this is the spotted hyaena (photo below), the final member of the Hyaenidae family. Spotted hyaenas are no longer found in the Eastern Cape or in the Karoo, but historical records indicate that they were once prevalent in these regions, and could be reintroduced to large reserves that contain enough prey species to sustain them.

The same is true for the Critically Endangered wild dog, which has also gone locally extinct, and was also proposed as a potential ID for the animal seen by Julius (although it is not part of the hyaena family). 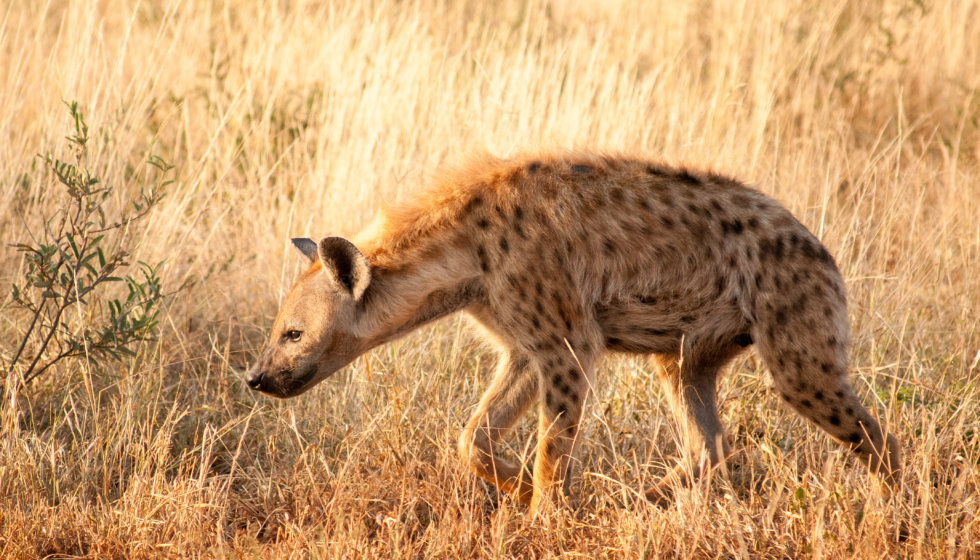