By Samara on September 29, 2020
Samara has embarked on a sustainability journey with The Long Run, committing to a holistic balance of the 4Cs – Conservation, Community, Culture and Commerce. In this blog series, we discuss our commitment to each of the 4Cs. Next up, Culture.

What is culture? The United Nations agency UNESCO defines this somewhat intangible concept as: the set of distinctive spiritual, material, intellectual and emotional features of a society or a social group, that encompasses not only art and literature, but lifestyles, ways of living together, values systems, traditions and beliefs. Put simply, culture makes us human and, accordingly, it is worth protecting.

Samara’s key commitment to cultural preservation is the ongoing support given to the Tracker Academy, which was founded and is based on the reserve. A training division of the South African College for Tourism, the Tracker Academy is an NGO whose mission is to preserve the traditional skills of wildlife tracking. This indigenous knowledge, once passed from grandfather to father to son, evolved for reasons of survival. Today it is being lost to increasing urbanisation and the commercialisation of the modern-day safari experience, both of which have obviated the need for old-fashioned tracking.

The Tracker Academy seeks to reverse this decline, and educate the next generation of passionate African naturalists. Operating under the auspices of the Peace Parks Foundation and funded by the Rupert Nature Foundation, it is the first of its kind and the only government-accredited tracking school in the country. Eight students at a time, largely from impoverished rural backgrounds, spend 6 months of a 12-month course at Samara. The syllabus covers not just tracking competency, but also general ecological knowledge, conservation awareness and life skills. The remaining 6 months are spent in the Lowveld at Londolozi Game Reserve, to give the students a breadth of experience in terms of wildlife habitats and tracking substrates. Since the Academy’s inception in 2010, ± 95% of graduates have secured jobs in ecotourism and conservation, demonstrating the real demand for tracking skills in the industry.

Some of the most well-known tracking cultures in Southern Africa are that of the San and the Khoi, the names given to the various indigenous peoples that descended from the Cape’s very first human inhabitants. Samara is located in a region that was once inhabited by both San and Khoi people, the former being nomadic hunter-gatherers and the latter coming from a pastoralist sheep and cattle farming tradition, and the reserve is fortunate to be custodian to several historic cultural sites. The most notable example is a cave containing rock art, including a rare depiction of a cheetah, which has been carefully preserved. Guests staying in one of Samara’s lodges can hike up to the cave with a guide to study the paintings and their significance as cultural markers. 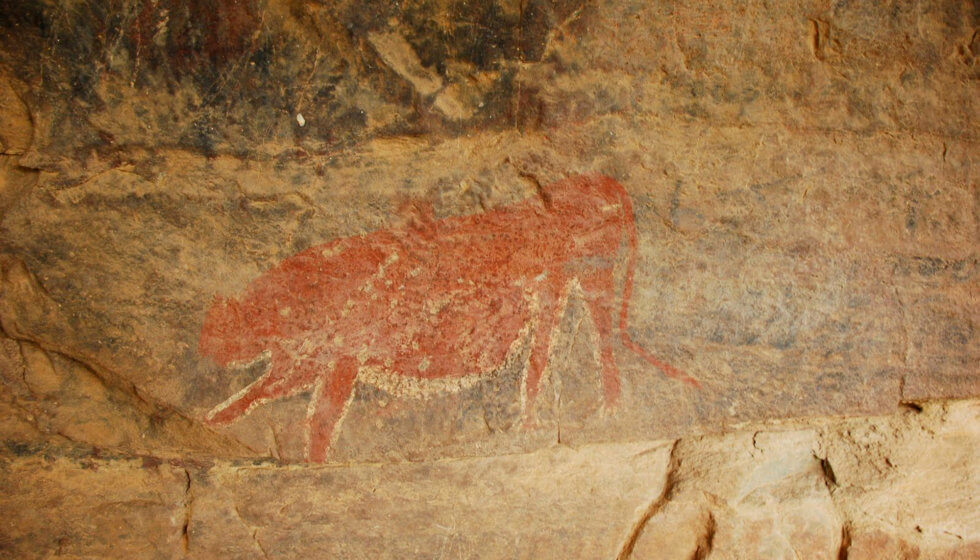 The Karoo region’s more recent history is also in evidence at Samara. French explorer and ornithologist Francois le Vaillant camped along the Plaat River that traverses the reserve in the 1780s, recounting the experience in his travel diary; an old Voortrekker wagon route from the 19th century traverses Samara’s southern reaches; several buildings on the original farms that make up the reserve still stand after 250 years. The rich tapestry of cultural influences in our region, as in South Africa more broadly, instils a true sense of place in those who visit.

"Our world is culturally diverse. Celebrating commonality is what nurtures understanding. Respecting difference is crucial to our future."

Through our membership of The Long Run we seek to formalise our commitment to the preservation of the cultural sites, landscapes and heritage of which we are custodians, from the perpetuation of traditional knowledge, both tacit and explicit, to the promotion of cultural exchange and understanding.