Springbok on the move

By Samara on April 25, 2018
Majestic migrations are synonymous with East Africa, but centuries ago South Africa played host to the epic springbok migration before hunting and farming brought it to a halt. Today, conservation efforts are afoot to bring the springbok back.

We usually associate majestic migrations with the rolling plains of the great Serengeti; where a vast, collective herd of wildebeest, zebra, Grant’s gazelle, Thompson’s gazelle, eland and impala follow rainfall patterns to cross expansive open-ground distances of treacherous terrain, thick with waiting predators, to find new grazing and fresh water. This annual migration is said to be one of the wonders of the world, with tourists flocking to witness its drama every year. 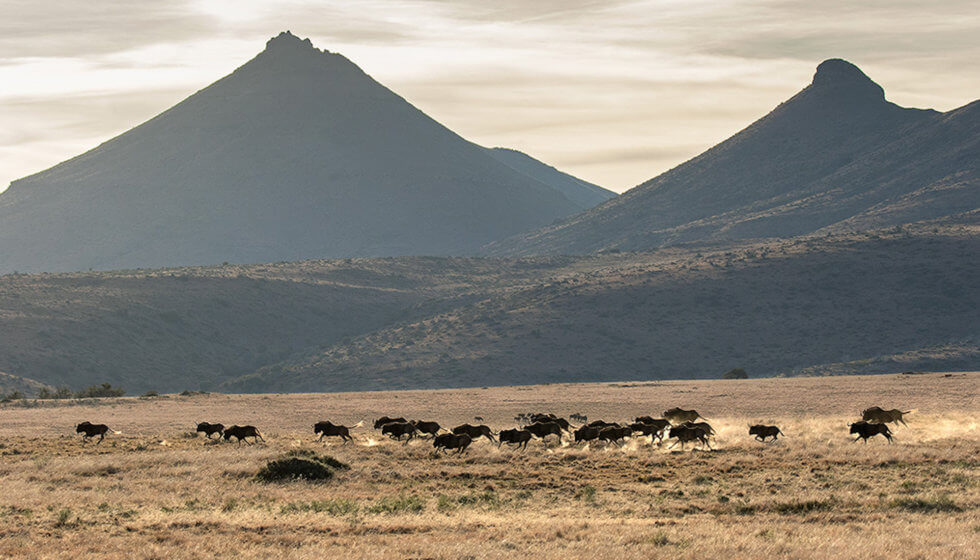 The instinctive drive to seek precious resources is strong in all herbivores, and notably in the springbok, South Africa’s national animal. With all the focus on East Africa, it’s easy to forget that in centuries gone by, the South African Karoo region played host to its very own migration spectacle.

Springbok once roamed widely across the Karoo basin, hundreds of thousands-strong, following the rains to find year-round sustenance.

This journey gave rise to their telling nickname - the 'Trekbokke'. 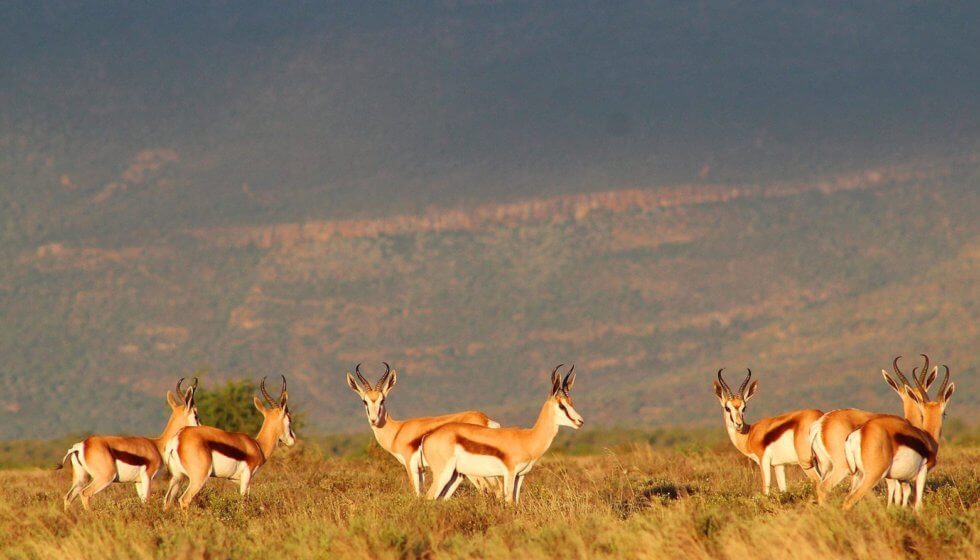 Little is known about springbok mass movement as it never had the chance to be scientifically studied. It was brought to a grinding halt by overzealous hunters and the division of huge swathes of land by farmers by the late 19th century. Barb wire fences became insurmountable obstacles for confused animals in fast-moving herds. A sad, predictable outcome of our rapidly-urbanising world – a mighty, natural migration annihilated by human interference.

The few eye-witness accounts that do exist describe a thunderous, awe-compelling event to behold.

Hundreds of thousands of animals, including springbok, eland and the now-extinct quagga, would move swiftly through the Karoo, eating their way across the landscape, decimating the grasslands as they went. Gert van der Merwe’s thrilling personal account of being caught up within the great springbok migration is told in Lawrence G. Green’s book, Karoo. He describes hearing the stampede approaching their smallholding when the bok were at least five kilometres away, a mere speck of dust in the distance. He warned his companions that, ‘The trek buck are on their way and we’ll be trampled to death if we stay in the riverbed’. An ominous precursor of what was to come. 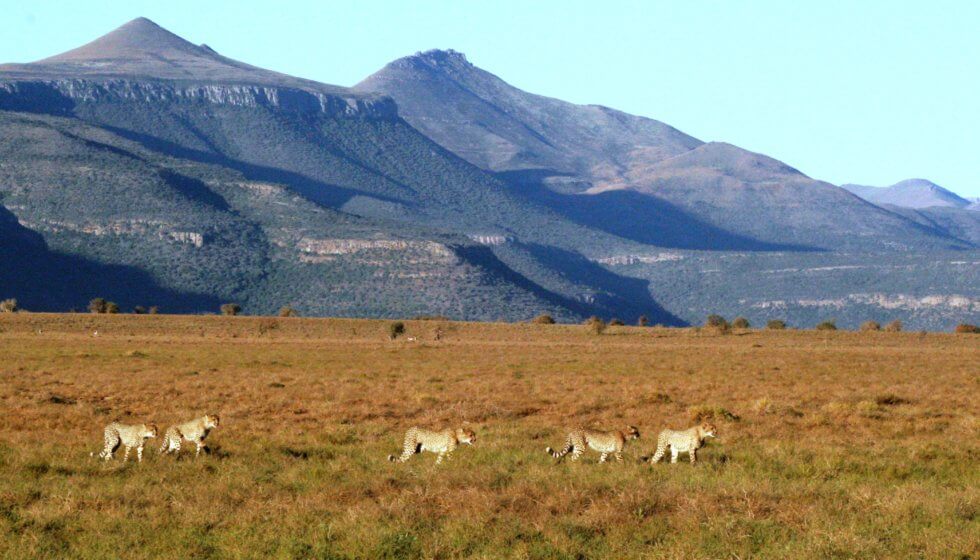 Herded together by predators such as cheetah and lion, the springbok congregated in tight groups, eating anything green in sight and trampling the ground with their hooves, before moving swiftly onto pastures new. Though seemingly destructive to the land through which it passed, the springbok migration served a neat ecological purpose. The bok broke up the hard dry soil, their droppings filled with seeds laying the foundation for the next season’s growth, catalysed by the Karoo’s infrequent rains. Roaming as they once did across a vast landscape devoid of fences, it could be years before they found themselves back in the same spot. This allowed the grasses and shrubs ample time to recover.

The last, natural springbok migration was recorded in the Eastern Cape in 1896.

Conservation efforts in the Karoo signal that we may live to see these bok propagate once again. Samara Private Game Reserve near Graaff-Reinet recently reintroduced 140 springbok to the reserve and has plans to increase that number to several thousand in a bid to recreate the natural ecosystem processes of this holistic grazing. 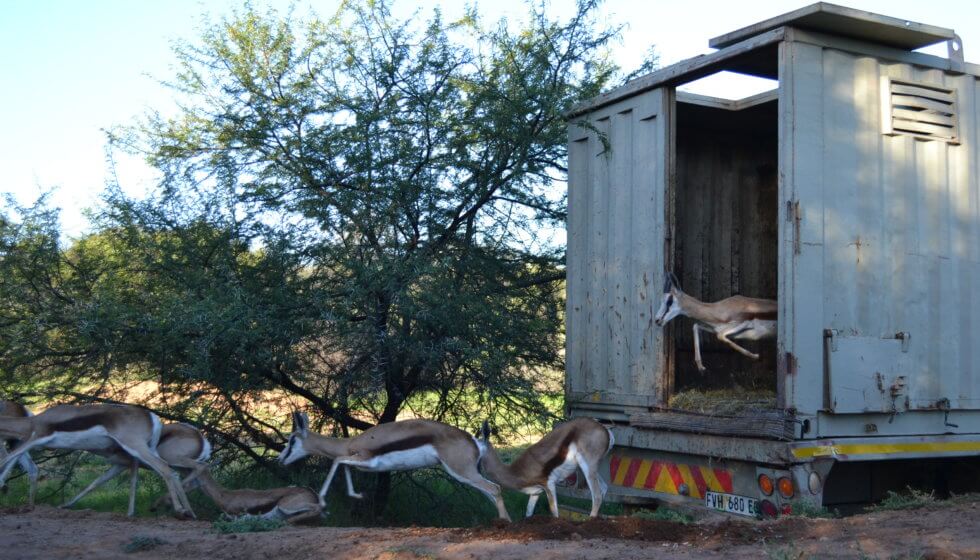 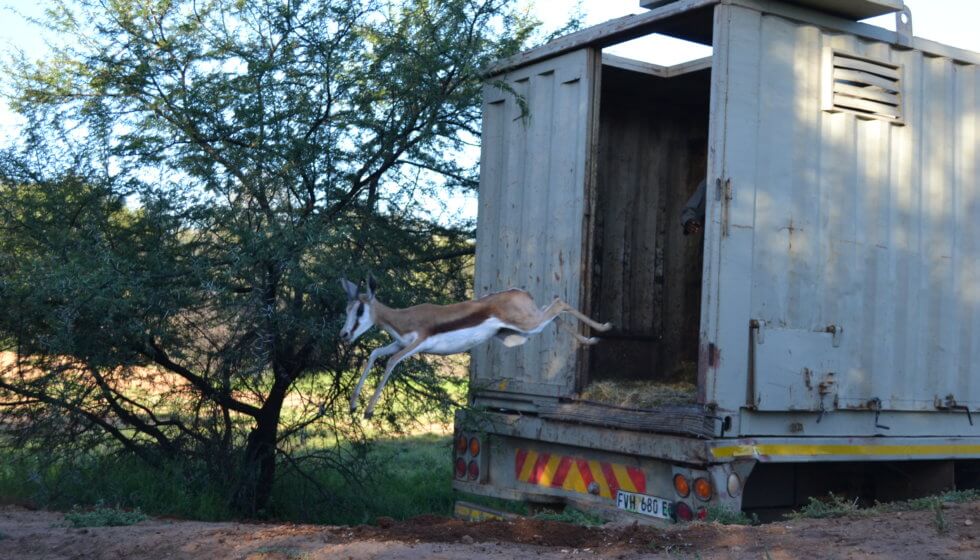 Set on 70,000 acres of reclaimed farmland in the beautiful Karoo, Samara is passionately invested in recreating a self-sustaining ecosystem. It is hoped that the reintroduction of springbok and the growth of the herds will enable the reserve to meet its objective of reversing decades of prior livestock overgrazing. And there are exciting plans for the future too. Samara is embedded in a matrix of conservation-friendly land, with the potential to create vast corridors for species migration.

Perhaps one day the antelope herds of the Karoo might migrate once more. 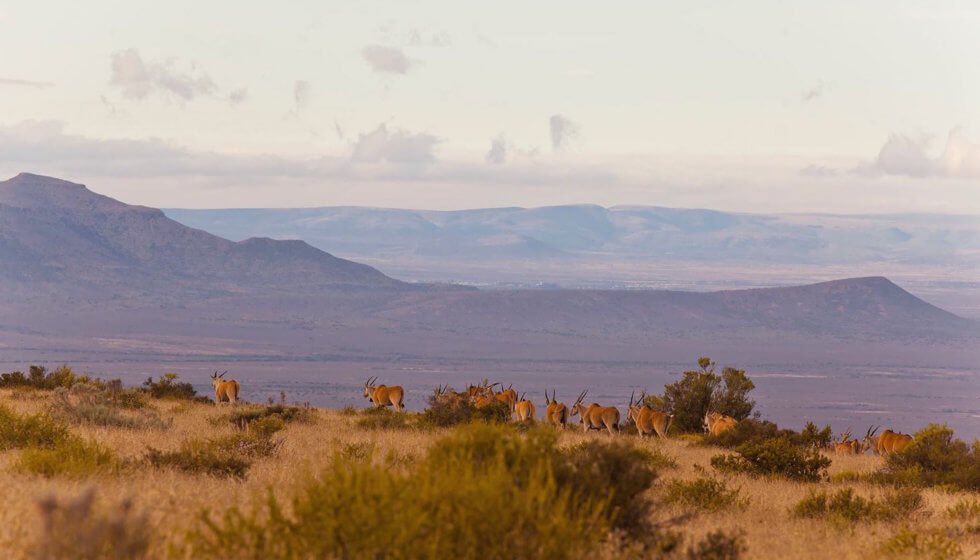 Samara Private Game Reserve is a luxury 5-star destination with a passionate conservation mission set on 70,000 acres of breathtaking wilderness. Follow us on Facebook, Twitter, Google Plus or Instagram, or click here to start planning your stay with us today. A safari for the soul.