The Tracker Academy is a division of the SA College for Tourism which operates under the auspices of the Peace Parks Foundation. Samara Private Game Reserve and Londolozi game reserves have made their land and facilities available to the Academy free of charge for training purposes. Our one year full-time intensive tracking course, lead by three highly experienced trainers, is the first school of its kind in southern Africa. The course focuses on developing the traditional skills of tracking amongst rural people who live adjacent to wildlife areas in the country. Some 88% of our tracker graduates have found permanent employment. 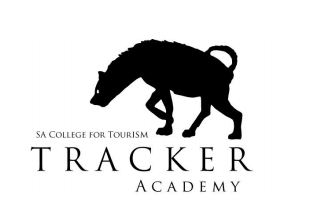 VISION and MISSION
The Tracker Academy’s overarching vision is to restore indigenous knowledge in Africa.
They aim to empower their tracker graduates to become ambassadors for the African wildlife industry by bringing authenticity and accuracy to environmental education, wildlife protection, eco-tourism, monitoring and research.
It is their absolute focus to continually improve the standards of their training and the related
achievements of their graduates.
The Academy places much importance on the life skills of their students; their ability to conduct
themselves in a professional, respectful and enthusiastic manner is particularly significant to them.
They aim to create a culture of curiosity among their students by  constantly encouraging them to question and learn new aspects of tracking, and therefore to advance tracking as a profession.

The Tracker Academy aims to contribute significantly to the current knowledge of tracking by unearthing new discoveries in the subject of tracking.

The Art of Tracking may well be the origin of science. After hundreds of thousands of years,
traditional tracking skills may soon be lost. Yet tracking can be developed into a new science
with far-reaching implications for nature conservation. Louis Liebenberg, Cybertracker (Pty) Ltd,
Author of “The Art of Tracking”

The current state of tracking:

The current skills of traditional tracking are mostly limited to the identification and following (or
trailing) of an animal’s track. Historically however, tracking encompassed a far greater variety of signs, calls, behaviour and skills in interpreting them. Successful tracking requires the combination of
experience, knowledge and patience. A talented tracker must employ physical endurance and mental focus in often difficult environmental conditions over extended time periods.

Traditional tracking skills have disappeared rapidly over the last two decades. Trackers are poorly informed and as a result are not adequately remunerated. Many trackers are facing serious social problems because of poor education and health. Skilled trackers are the keepers of traditional knowledge and culture – this is being lost.

 Local trackers are employed in the eco-tourism, anti-poaching,
environmental education and research industries, earning an average wage of R1500 per
month.

 Only 22 trackers working in South Africa are qualified as Senior Trackers, with a mere three
qualified as Master Trackers

 CATHSSETA and the national department of education do not formally recognise advanced
levels of tracking.

 There is very little published information on the intrinsic
knowledge of experienced Senior or Master Trackers.

 Many of the younger trackers have received only limited or no
training from their place of employment.

 In most cases, the tracker provides the safety on a wildlife safari.

 Few skilled trackers can be found in the anti-poaching industry.
 Employed trackers remain in their jobs five times longer than their guide or research colleagues
do.
 There is a severe lack of genuine tracking skills in the southern Africa.

Very few skilled San trackers remain. Talented trackers who posses these traditional skills of
tracking are disappearing fast. “It would be an indictment on modern conservation to lose
this important traditional knowledge.” Alex van den Heever