By Samara on January 14, 2020
A fascinating mutualism exists between unlikely pairs in the animal kingdom. There are some special examples of this at Samara. The smallest species can provide an essential service or source of food for the largest, and vice versa. In this healthy ecosystem, we have an opportunity to study these relationships up close.

The dung beetle and the elephant

Dung beetles, as their name would suggest, feed on faeces. They spend their lives using their keen sense of smell to track down the droppings of both herbivores and omnivores. They prefer the former, since the dung contains more plant nutrients, but are able to find the latter more easily due to its robust smell. Many species of dung beetles, collectively called ‘rollers’, shape and roll dung into balls which they determinedly push past or over any obstacle to reach their hole. Their primary goal is to make a nest and to provide food for their young.

Beetle larvae are born within these dung balls and the dung provides their first meal. The male of the species will work hard to deliver fresh dung to the nest on an ongoing basis to support his mate and offspring. Some species of rollers are particular about the type or even specimen of dung they will consume – one study found 22,000 dung beetles on a single elephant pat. If you have ever watched one of these sturdy beetles rolling a dung ball backwards up a hill, you will know that they are surprisingly strong and are able to roll balls 50 times their own weight!

Dung beetles play an instrumental role in an ecosystem. They recycle nutrients, prevent the spread of parasites and disease, and improve the soil structure, encouraging plant and tree growth. So how do the dung beetle and elephant cross paths and inter-depend? Well, one man’s waste is another man’s treasure!

One man's waste is another man's treasure.

A fully-grown elephant can eat up to 150kg of vegetation every day and defecate fifteen to seventeen times in a 24-hour period, producing lots of faeces! Their dung contains bark, undigested twigs and seeds. At Samara, the elephants’ diet at the moment consists predominantly of Cabbage Trees, Jacketplums and several grasses. Many species of trees even rely on the elephant to spread their seeds – as they pass through the elephant’s gut untouched and are instantly fertilized on the ground. Dung beetles can carry these seeds even further afield, promoting the spread of plants and trees and aiding the fertilization process. Since the reintroduction of elephants we have seen an increase in dung beetle activity, as the elephants’ colossal appetites provides a stable source of food for the dung beetle. And if the beetle was not able to provide the service of collecting, rolling and eating elephant dung, the ecosystem would be poorer for it.

There are three broad types of interaction between living organisms in an ecosystem – otherwise known as symbiosis.

Commensalism is a type of relationship between two living organisms in which one organism benefits from the other without harming or helping its host. The word comes from the Latin commensalis which means ‘sharing a table’. An example of this is when one organism uses another for permanent housing, such as Cardinal Woodpeckers building their nest in a hollow tree.

Mutualism describes a relationship between two living organisms in which both organisms benefit. The examples described in this blog all refer to mutualistic relationships.

Parasitism refers to a relationship in which one organism lives off another, to the detriment of the host organism. An example of this is a tick sucking the blood from the animals on which it lives. The parasite does not necessarily aim to kill its host, as this would deprive it of a food source, but this may be an unintended consequence.

The oxpecker and the buffalo

The redbilled oxpecker is a firm bush favourite. It is regularly spotted sitting comfortably on the backs of antelope, zebra and larger mammals as they move through the tall grass and thickets. Its relaxed perch doubles as a larder, as it eats the ticks, blood-sucking flies and other parasites crawling on the host’s body. Aside from the essential service of gobbling up bothersome pests, oxpeckers also provide wound care. They trim the borders of open sores, keeping them clean and disease-free. An oxpecker also has a handy alarm system for danger. When one of the birds spots a threat, they hiss loudly, alerting the buffalo on whose backs they are perched to the imminent danger. This is a service that can mean the difference between life and death.

The disappearance of large herbivores such as rhino and buffalo from the Great Karoo landscape also signalled the loss of their pint-sized companions. The species was reintroduced to the semi-arid Karoo region at the Mountain Zebra National Park in 2010 to restore the service it once provided to the animals of the area. Today, the oxpeckers feed on both wild animals and domestic cattle, and an ongoing project by the Endangered Wildlife Trust has begun to study their numbers. The reintroduction of large herbivores to the area has provided an excellent food source.

The honeyguide and the honey badger

The honey badger is a formidable creature. It has long claws which it uses for digging burrows and breaking into beehives, and a thick skin which is impervious to bites and stings. Males can weigh up to 16kg – the size of a small dog. It roams the bush untroubled, as it is has no fear of animals far bigger, stronger or agile than itself. When confronted, this remarkable animal goes on the offensive. Most predators learn to give it a wide berth!

A honey badger’s favorite treat is wild honey, though they can often struggle to find an active hive. To do so, the badger depends on the help of an unlikely ally – a small brown, nondescript bird called the honeyguide. This bird easily locates hives but cannot get inside them to access its preferred food of beeswax and tasty grubs. To solve this problem, the unusual pair join forces to feed.

The honeyguide first locates a hive and then flies low over the grassland and thickets to track down the nearest honey badger. Once found, the bird chatters persistently as it flies from tree to tree, guiding the badger towards the hive. The badger breaks in effortlessly and feeds on sweet, sticky honey and bee larvae. The honeyguide waits patiently until the badger has had its fill and then moves in to feast upon the leftovers. A win-win situation.

Funnily enough, Lesser Honeyguides can often be heard calling from the trees during guided walks through Samara’s riverine systems as they will sometimes attempt to guide humans, as well as honey badgers. 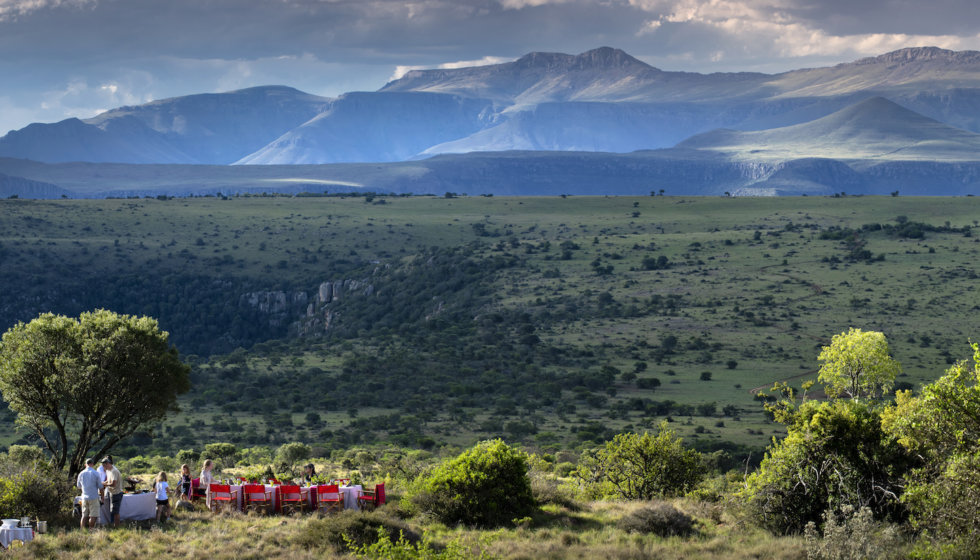