The Cape Mountain zebra (Equus zebra zebra) is a fascinating subspecies. Quite unlike the Burchell’s or plains zebra (Equus quagga) found throughout Africa (and also present at Samara), the Cape Mountain zebra thrives in rugged, inaccessible terrain, with a preference for the highly nutritious plateau grasslands of the Karoo. Diminutive in size, with large ears and a dewlap on their necks, these mountain zebra are instantly recognizable by their white underparts, as their pattern of stripes – unique to each zebra – stops just above their bellies.

The social structure of Cape Mountain zebra is quite different to other equids, as sub-adult zebra will form mixed-sex non-breeding groups upon leaving the natal herd, which appear to be important in forming core breeding pairs for future herds. Classified by the IUCN Red List as Vulnerable, the global population of Cape Mountain zebra is restricted to South Africa’s Eastern Cape, with only 2,800 mature individuals remaining. Excessive hunting and habitat loss were the main culprits for the decline in the subspecies until the 1950s, but recent conservation efforts have greatly improved the zebras’ chances of survival. Certain challenges remain, including the genetic diversity of the meta-populations, which went through a similar bottleneck to the cheetah, which dictates that new individuals be brought onto the reserve regularly to prevent inbreeding.

We work closely on zebra management with the Nelson Mandela Metropolitan University in Port Elizabeth, and the Mountain Zebra National Park near Cradock. Given their long gestation period of 12 months and complex breeding habits, the birth of every new foal is a cause for celebration at Samara. Thus far our family herds have contributed almost 2% to the entire population of Cape Mountain Zebra, with considerable scope for expansion. 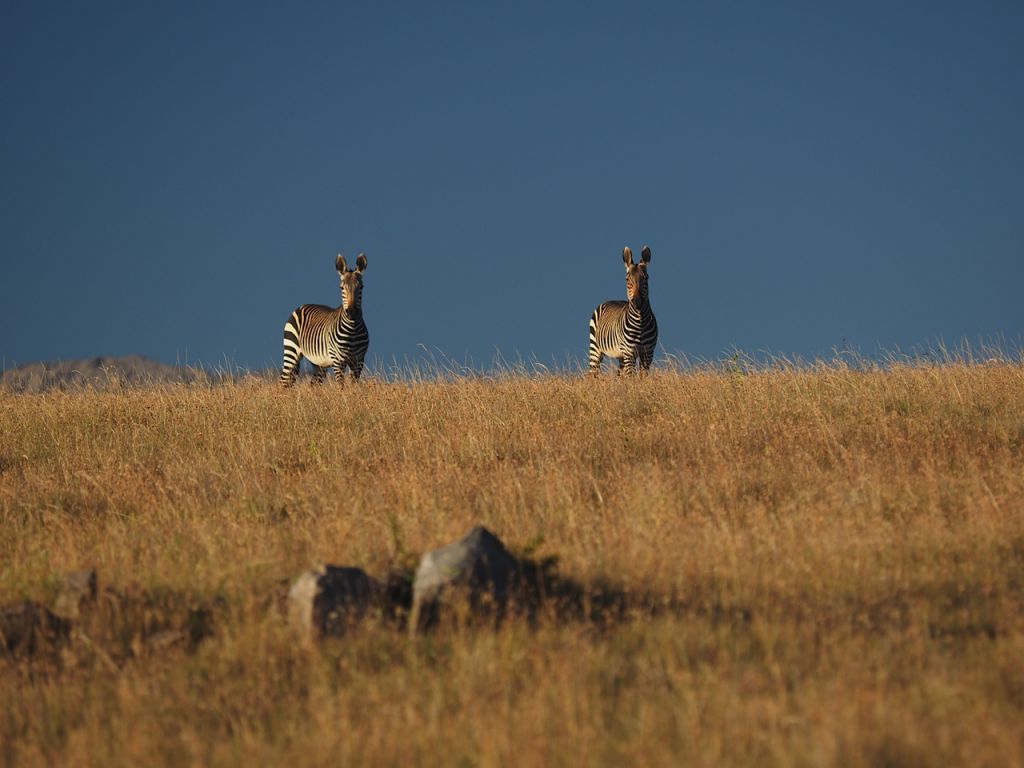