From Aloes to Aardvark

With their usually spiny leaves arranged in rosettes, and tall candle-like inflorescences in predominantly red and vibrant orange hues, aloes brighten up the dull winter landscape. Most species of Aloe appear on CITES Appendices, meaning that trade in aloes is controlled to prevent utilisation that would be incompatible with their survival. The Aloe Ferox flowers are carried in a large candelabra like flower head. There are usually between five and eight branches, each carrying a spike like head of many flowers. Flowers colour varies from yellow orange to bright red. A candelabrum has six to twelve branches and the flowers have their inner petals tipped with white. Flowering occurs between May and August, but in colder parts of the country this may be delayed until September and November .This aloe forms a beautiful display and attracts many birds species such as sunbirds.  The veld at Samara is awash with the golden orange hues of the Aloe in July and August. Family : Asphodelaceae – Common names: aloe (English); aalwyn (Afrikaans); aalwee (Afrikaans; Dutch); hlaba, lekhala (Southern Sotho); icena (Ndebele); imboma (Zulu). 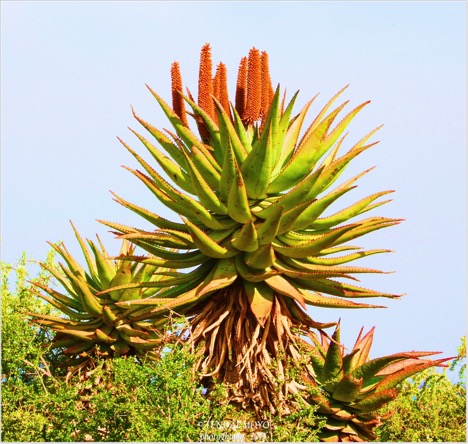 The invitation to a running game is to run towards a potential playmate with head and neck stretched forward, ducking the head, straddling the four legs and swerving to one side at the last movement. Running games are contagious and when calves start racing around the herd older juveniles and sometimes even staid cows cut capers. Running and chasing often leap into play fighting, jumping forward, feinting attack called cavorting.  Samara guests are treated to eland displays often whilst out on game drives. 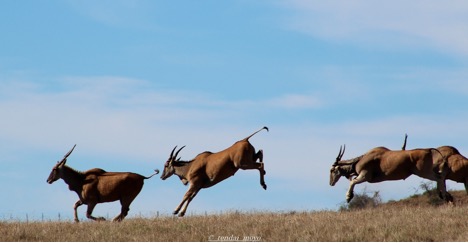 The Gabar Goshawk is generally considered to be sedentary, but immature birds are somewhat nomadic and migratory movements have been recorded in parts of its range. Although often observed alone, pairs are common particularly during  the breeding season when the male can be seen chasing the female through trees or calling earnestly from his perch. To supplement the nest the Gabar Goshawk is known  to collect social spiders on their webs. which are then incorporated into the nest. The function of this unusual practice is unclear but the subsequent webs that spread over the nest probably act as camouflage, whilst the spiders may consume arthropods that otherwise would parasitize  the chicks.

The prey is typically flushed from trees and caught following an energetic and persistent chase. Alternatively the Gabar Goshawk hunt from the perch, swooping down to catch prey from the ground or in flight. Another technique is to rob the nest of  colonial birds by clawing its way destructively through the nest top to snatch the nestlings within. The Gabar Goshawk occurs through much of Africa and south west Arabia.  And we are seeing them regularly at Samara at the moment. 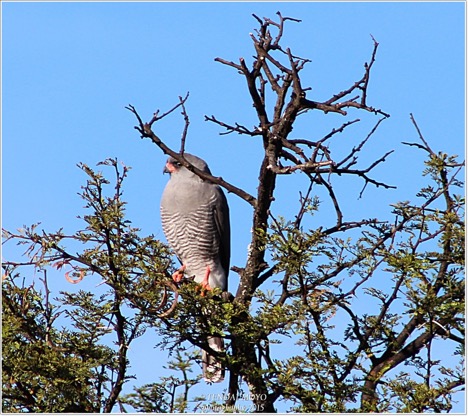 We had an extremely good sighting of the male Cheetah that patrols Kondoa Mountain. We call him Pepper.  He is generally known to be quite tolerant with guest on foot. We  tracked him one morning and we spent quite some time  with him. He was following a herd of Elands trying to get within a striking  distance, Unfortunately he did not succeed but the experience  was amazing. 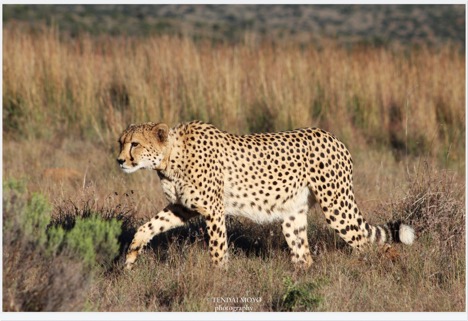 After living up to their “elusive” reputation last year, our little friends, the aardvark, are making almost daily (or nightly) appearances. It is very interesting to see an Aardvark during the safari at Samara Private Game Reserve. Michael and Kathrin Hahn were very excited to see the shy, nocturnal and sought after creature on  their recent game drive.

Aardvark spend the daylight hours in dark underground burrows to avoid the heat of the day. When leaving the burrow at night they pause at the entrance for about five to ten minutes, sniffing and listening. After this period of watchfulness it will bound out within seconds it will be to meters away. It will then pause, prick its ears, twisting its head to listen, then jump and move off to start foraging. Aside from digging out ants and termites the Aardvark also excavates burrows in which to live. These generally fall into three categories – burrows made while foraging, refuge and resting burrows and permanent homes.

Temporary sites are scattered around the home range and are used as refuges, while the main burrow is also used for breeding. The old burrows are an important part of the lives of African wildlife. As they are vacated by Aardvark, they are then they inhabited by porcupine, mongooses and black backed jackals. 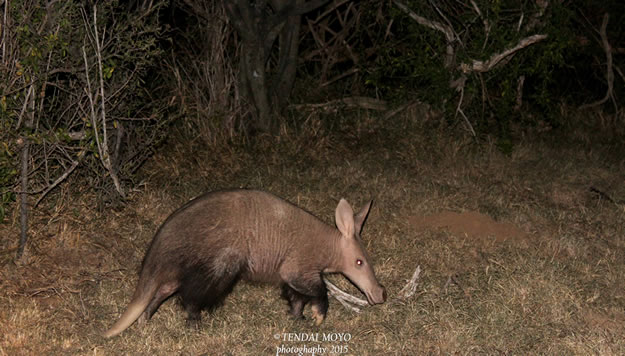