They often engage in play with other infants and the juveniles. They try hard to play but are still quite uncoordinated and are more into the tumble part of the rough and tumble play. But sometimes they bite off more than they can chew and get involved in a play session with an over-eager older juvenile. This usually results in screaming and crying from the young one. 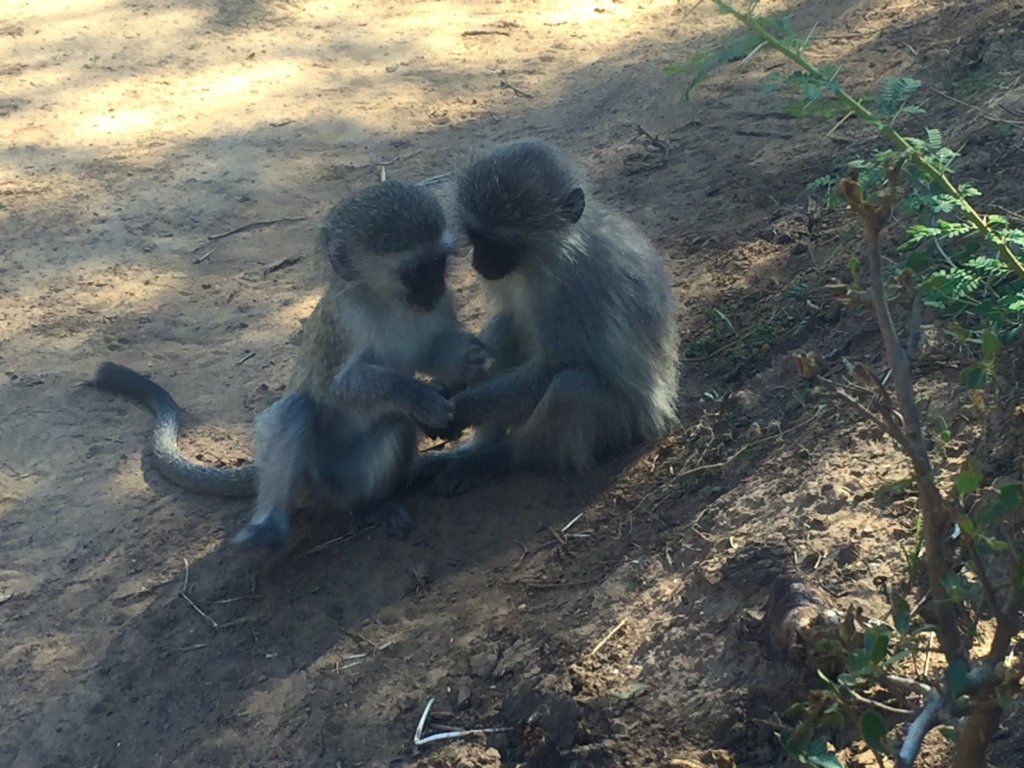 Play seems to be an integral social behaviour among vervets, and these young guys are certainly doing a lot of it. Sometimes even the adults join in and try to play with the youngsters. Here is a River Side Troop infant hanging out with a yearling, Kumquat. Though nearly a full year older, Kumquat is not looking much bigger these days. Play is making the infants strong and growing up fast!

The Vervet Monkey research project is a collaboration between a number of international universities. The project has been based at Samara Private Game Reserve in the Great Karoo since 2008. The aim of the project is to investigate the adaptations of these fascinating monkeys to climatic changes.