By Samara on October 1, 2012
In June this year, the Tracker Academy was invited to investigate the possibility of habituating jaguars using ‘tracking’ as the means, in the Pantanal at the Caiman Ecological Refuge.
In August, Renias and Alex spent 8 days tracking jaguars at Caiman to establish whether it would be possible to habituate these extremely secretive animals. Caiman has developed two lodges on their 52,000 hectare ‘ranch’. Although they are still ranching cattle it is their intention to phase out the domestic stock if/when their eco-tourism venture becomes successful. They have ideintified the jaguar as the charismatic predator that will attract visitors in the future.
Caiman is a stunning landscape, with thick jungle intermixed with beautiful open grasslands. It is very similar to the Okavango Delta In Botswana. From November to April it floods totally annually. The tracking conditions are tough, it often required one to predict where the jaguar was going if no tracks could be seen in the leaf littered forest floor. Although they never saw a jaguar it was clearly evident to Alex and Renias that a habituation project using traditional skills of tracking as the means of finding them is certainly possible. They tracked four different jaguar during their time there, and on one occasion they heard a male calling in the forest just ahead of them. He was very close, but due to the dense vegetation were unable to see him. On particular occasion they found where a mother and cub had killed a deer. The following morning they caught images of the pair feeding on the carcass from motion camera that they set up.
Based on their findings Caiman has agreed to employ four Tracker Academy students (in two groups of 2 students) for 3 month internships during the winter period for the next 3 to 5 years. This is a particularly exciting project as it is the first tangible example of the value that tracking can bring to conservation efforts worldwide. We believe a relationship with Caiman will be of great benefit to the Tracker Academy in the future. As part of the working relationship the Academy students will train two Brazilian trackers which Renias and Alex will select over the next two years.
Roberto Klabin (well-known businessman in Brasil and Caiman’s owner), and Mario Haberfeld (ex-Formula 1 racing car driver and project director) were very generous to Renias and Alex whilst staying at Caiman. 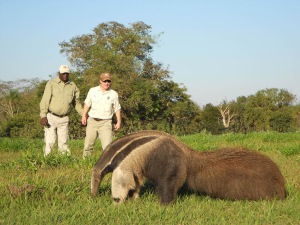 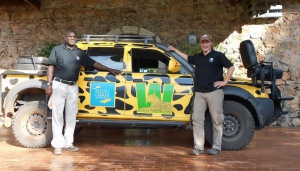 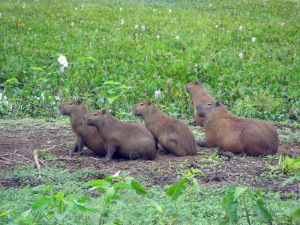 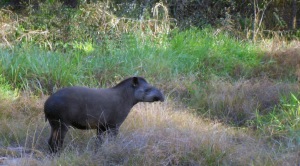 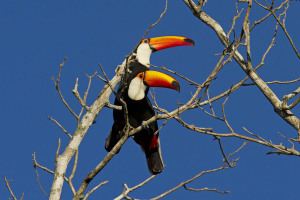